An interior design school is being born in Michigan as school officials decide to expand their arts program.

Schools across the nation are doing more each year to coordinate disciplines to create a more rounded curriculum for their students.

Coordinating interior design schools with other, related areas of art and design is critical to student success in the future. Interior designs are not simply “interior decorators”. They are tasked with taking conceptual or existing spaces and turning them into the “right” space for their client. This task involved everything from lighting and flooring to knocking down walls and adding sky lights.

In order to create competitive students, schools like the Andrews University School of Architecture expand their program selections and coordinate between art disciplines. Soon, Andrews will bear a new name to match the addition of interior design school programs, construction management, and media curriculum. The new school will be named the School of Architecture, Art & Design to indicate the addition of the new programs. The interior design school will offer four-year degrees to students who successfully complete their programs.

Interior design schools prepare students for a career in the discipline through practical and technical training courses. Classes involve aspects of construction, electricity, and other building industry knowledge. This puts students at an advantage in their field because all interior designs, and especially remodels, require elements of understanding in how the new design will impact code requirements in the area and the existing framework of the structure.

Interior design schools must also convey the message that a collaborative effort with those who will actually be implementing future designs is an important part of an interior designer’s job. Electricians and carpenters are especially helpful allies for an interior designer, so communication and team work are key elements to a successful career in the field.

The New York School of Interior Design will soon have a guest instructor to facilitate training in leadership, market trends, and more.

The new courses at the interior design school will include instruction in developing business plans, contracts and other legal work, as well as how to operate an interior design business. The spring 2012 schedule has been released and classes are expected to continue at the school in future semesters.

This term there are two courses being taught at the interior design school by Nobel. “Survey: the Business of Design” begins on January 27th and will provide a general view of how the business of interior design functions and what business owners must know to be successful. This course will feature information about the basic processes that affect all types of design businesses and will include information about what business owners need to be able to do. 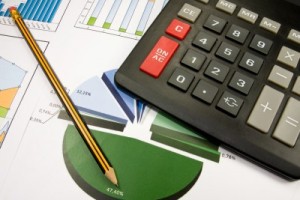 Interior design classes can pay off for students who are dedicated to flexibility in their careers.

While the economy certainly indicates a decline in expendable income for many people, successful interior design college graduates who now own their own business know to remain flexible and competitive.

Their survey, titled the “2012 Interior Design Fee & Salary Survey eBook” found that interior design school alumni who are running successful businesses are remaining determined to make it in the current economic climate. As we have reported in recent weeks, some of these companies are learning to be flexible and adapt to the times by focusing on industrial interior design such as the blooming healthcare facilities market.

Doby also said, “Designers need more business savvy to succeed in spite of the triple threat of the economy, consumer attitudes and the Internet.”

The press release highlighted some of the notable statistics that the survey unveiled through feedback from nearly 900 interior designers. The 2012 Interior Design Fee & Salary Survey eBook found that, despite the downfall of leisure income, interior design school graduates can be successful in their careers by understanding the basic principles of business – and by learning from the pros that are already creating success.

According to this unique study, well over half of the survey interior design firms said their total revenue either increased or remained the same between 2010 and 2011. Many supporters of the survey say that it’s a must have publication for success because it provides industry pricing information and unique insight into being a competitive interior design business.