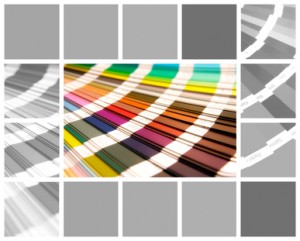 (Borneo Post Online) Four Limkokwing Borneo students emerged victors at a recent design competition organised by KTS in conjunction with their 50th anniversary for impressing the judges with their talents for the built environment.

The creative artworks displayed by the students impressed the judges as they awarded the top three prizes in the stage design category to Diploma in Interior Design students, Chin Siew Lun, Tang Chung Lee and Jenny Kong Ling Li.

Two of the main aspects that the students considered when designing the stage for the competition was its mobility and versatility as well as the aesthetic value that it had to maintain to complement the function hall in the KTS Anniversary Park.

Coming in first place was Chin Siew Lun, who had the strongest visual impact in his design, which was inspired by the concept of connections.

His focus was to create a connection between three groups, which were the users, the viewers and the surrounding nature.

Using these three points, he was inspired to create a stage using purely triangles as the base of his design.

“People tend to forget how a stage can affect the environment of an event. The… 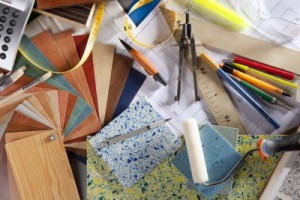 Interior design schools may teach interiors 101, but not before they teach students about the tools that will make them better at their jobs and more likely to get projects done within their deadline. Interior design software can make all the difference in discovering what works (and what doesn’t) before spending a ton of the budget on drafts of an interior design. Students in San Jose’ learned first-hand that knowing how to use this kind of computer program can really help tilt the odds of success.

(PRWEB) May 22, 2012 – When words fall short, interior designers turn to 3D visualization. It’s a keen bit of advice and something that the faculty at San José State University School of Art & Design makes sure every student knows before they graduate. Recently this strategy of imparting insight and teaching students 3D tools resulted in a near sweep of the International Interior Design Association of Northern California’s (IIDA) Student Design Awards. It appears all that time learning Luxology®’s modo®, the school’s 3D package of choice, paid off.

As ideas were moved from concept to competitive, the students found an edge in modo’s world-famous rendering capabilities. “modo renders beautifully,” noted Jessica Sikoryak, SJSU student and third place IIDA award winner. “That level of presentation had to help when my design hit the judges table.” Jessica’s day spa concept, with its stone walkways and sharp edges, was inspired by Carlo Scarpa’s renovation …

Student designers make the most of quality time with professionals 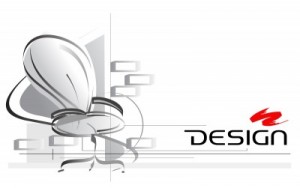 Interior design schools recently competed in a national competition by the Planning and Visual Education Partnership (PAVE) and winners of a separate competition will have their work displayed at a huge industry event next month.

PAVE has awarded interior design schools over $6,000 and $21,000 have been awarded to student grants through the 2011 Student Design Competition. Another competition, the 3-d Design Challenge, will display a winning student’s work at an event in Las Vegas.

The student design competition awarded interior design schools at the University of Cincinnati, Fashion Institute of Technology, Fashion Institute of Design & Merchandising, and the University of North Carolina at Greensboro for having students who placed in the top three in each category. Twelve students were awarded prizes in visual merchandising and store design categories at the event.

For the GlobalShop 2012 event this year, the 3D Design Challenge presented by PAVE asked interior design students and others to try to earn even more in grant prizes by submitting a three-dimensional floor fixture design. The winner of that competition worked with B+N industries to create a prototype of their winning design to be on display at the GlobalShop conference, which will be held at the end of February in Las Vegas.

Interior designers and the like created fixtures that advertised the cosmetic brand of the student’s choice and it needed to be “concise” according to the official contest rules. The unit must be portable, so it is important that it can be broken down and shipped safely with minimum potential for damage. 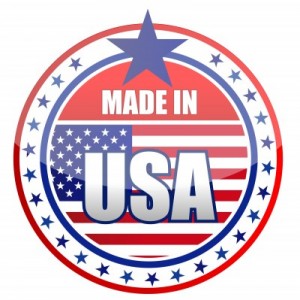 A set of students from the design college at Howard University recently won a contest that put their skills as Americans to the test.

The Student Design House Competition was sponsored by The Washington Design Center and the MADE: In America Foundation and features the works of interior design students from various institutions.

The challenge was this: choose a room at The Washington Design Center, identify any problems with the interior design, and then redesign the interior. The catch? They had to take classic interior designs that are uniquely American and recast them in a contemporary light. They also had to use “Made in America” materials and products to create their interior designs.

“We put so much effort and time into this project. We didn’t know what to expect,” said Blair, a senior at the interior design school.

They chose to create a library with classic American appeal that was complete with a custom mantle over the fireplace, designed and manufactured by the students themselves. The furniture and materials they selected were from top designers who had collections that were already on display at The Washington Design Center.

Among the features of their interior design, the students chose an old-world style clock and golden taupe drapes. An all wood desk with ornate spiral carved legs makes a space for reading or studying while seated in a burnt orange, high-back leather chair.

The interior design college at Howard University is an undergraduate program that helps student focus on the path forward to graduate school and, ultimately, a career in interior design.